Research on sharks has been slow and inconsistent. There are two main reasons; one is the remoteness and inherent dangers and difficulties of studying sharks in their natural habitat, and two, the lack of funding. However, we are beginning to understand sharks and their behavior, where sharks go and why they go there. For example, satellite tagging of whale sharks has demonstrated that this species can be highly migratory traveling across ocean basins. Knowing that a species is highly migratory means it more susceptible to fisheries in areas where it is not protected. Acoustic tags have also been used to study sharks in a particular area to determine their residency status. Acoustic tags are attached to the sharks and receivers are placed on the sea floor so that when a shark with an acoustic tag gets close, the receiver stores the data transmitted by the tag. 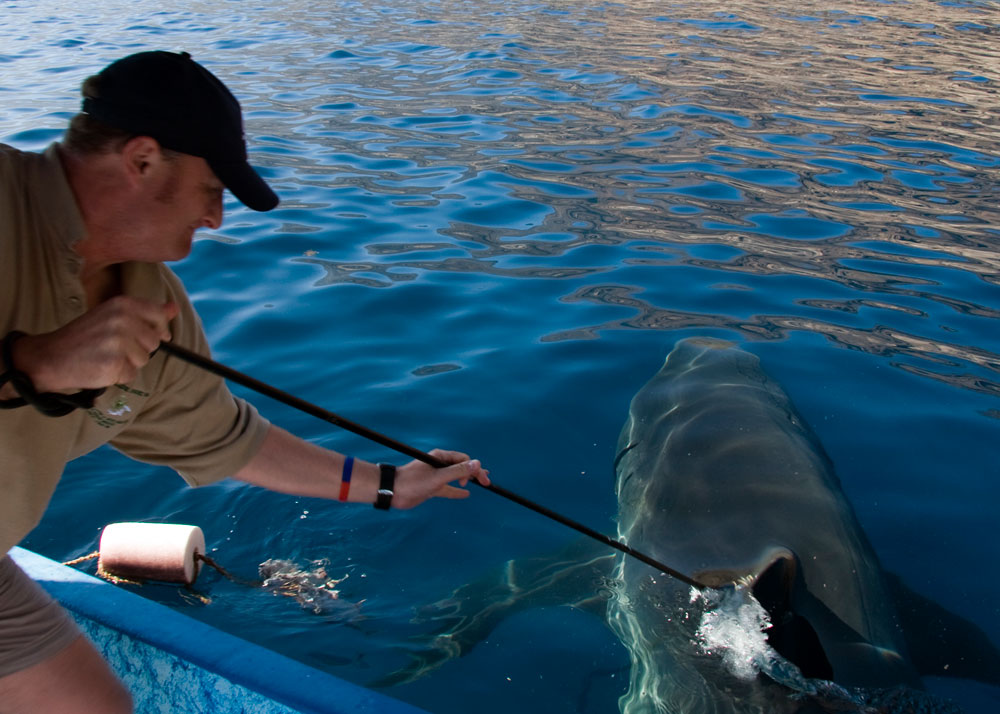 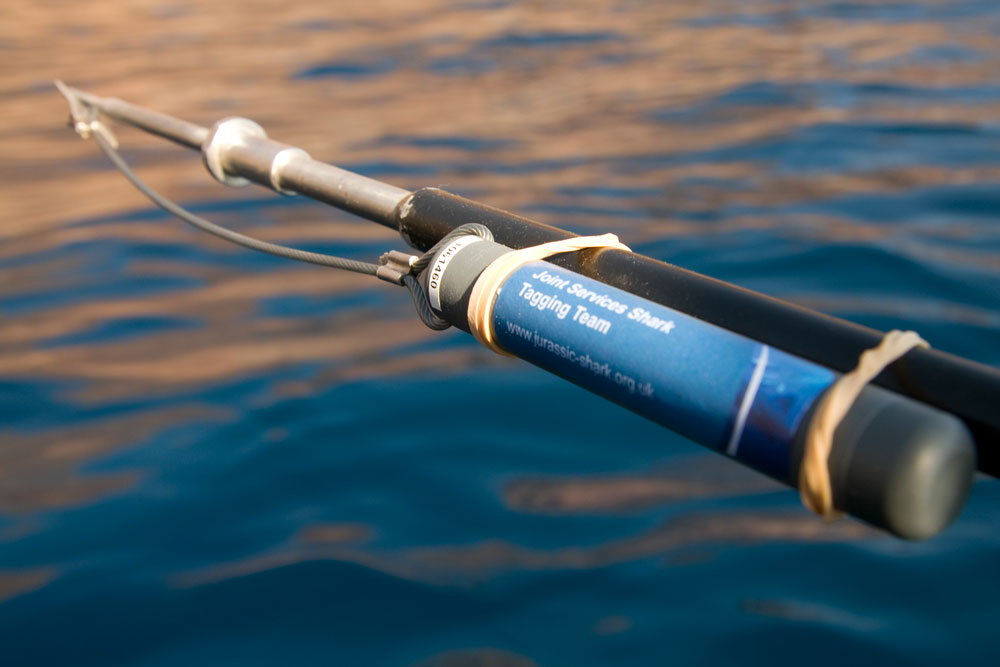 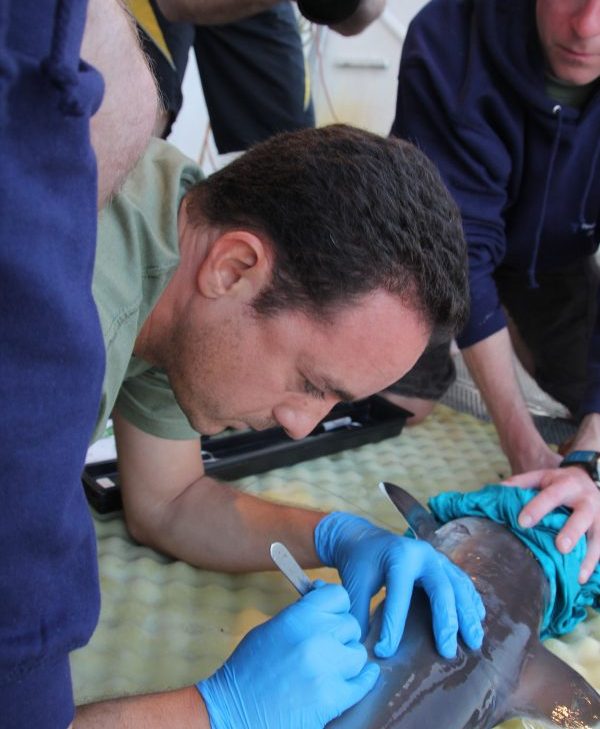 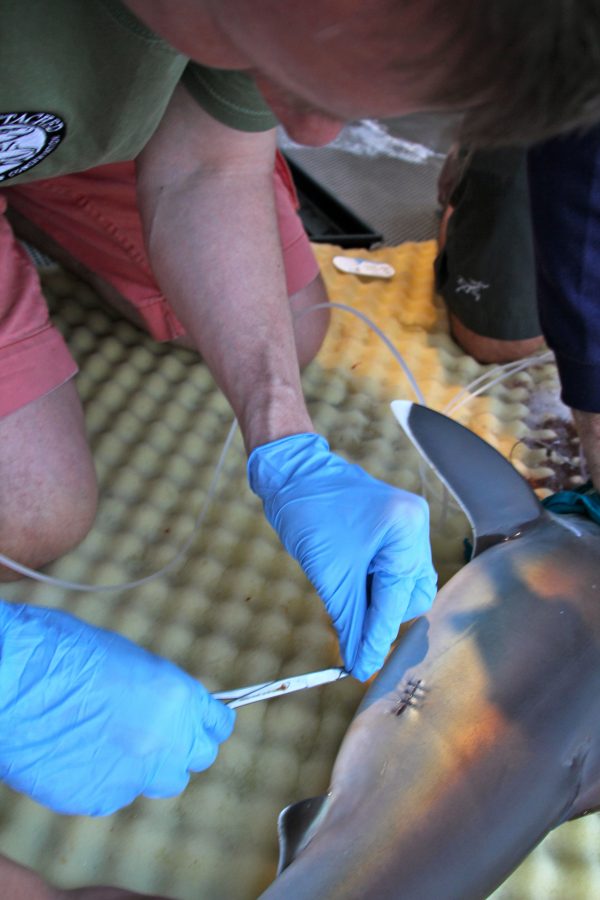 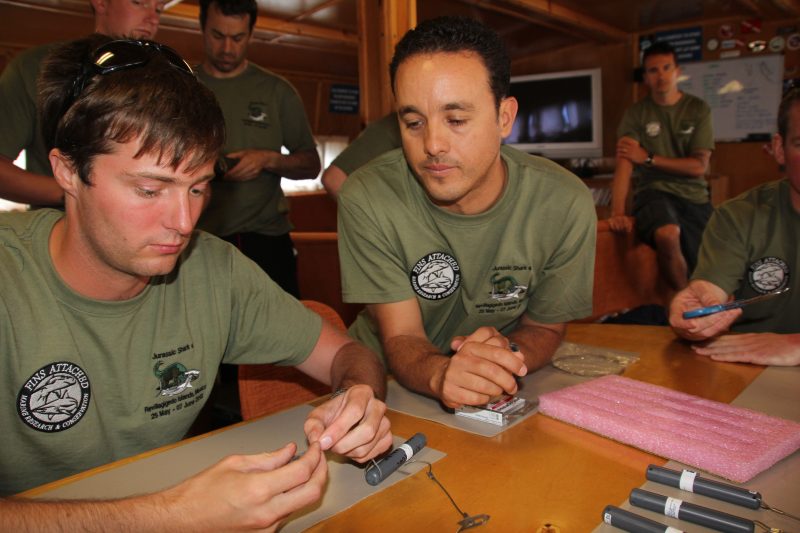 It is important to not only understand shark migratory patterns, but to also identify nursery areas where sharks go to give birth. Marine protected areas (MPAs) must be established to protect these nursery areas so that the young sharks have a chance of surviving to adulthood.

Both satellite and acoustic tags can be equipped to record depth, temperature and location information. This kind of science requires a tremendous amount of money, and this money is usually not available unless the end results could lead to useful applications and profits. Research into sharks for their own sake is more difficult to fund. However, this is essential for their survival. The scientific data is needed to back-up any conservation argument.

From Research to Conservation

Since our inception, Fins Attached has been focused on research. The reason is quite simple. The research and the data collected is what drives the conservation agenda. The data needs to be presented to government authorities and agencies as essential information to affect international conservation policies. International cooperation is critical to our mission of preventing the extinction of sharks.

To conduct research, promote conservation, and provide education for the protection of the marine ecosystem


We believe in the preservation of our world's precious resources and that through the protection of the oceans apex predators, marine ecosystem balance can be maintained for the benefit of all living things on earth.